Sign up for our newsletter to get the best deals on all our picks.

Spotting a Drone at Night: Effective Ways and Necessary Caveats

Is it possible to independently detect someone else’s drone in the dark? What if you lost your drone at night? Read our tips to quickly and effectively become a drone expert!

Safety is the main need in the life of every person. However, sometimes it is questioned when someone tries to use a drone to enter your private property to take photographs or track you.

In this article, we will tell you what are the main modern ways of detecting a drone in the dark on your own. We will also figure out what to do if you find someone else’s drone on your territory, and how to find your drone at night if you suddenly lost it.

So, sit back and get ready to become a drone detection expert in the dark.

How to spot a drone at night?

There are two main ways to detect a drone at night: using your senses (hearing and sight), or using technology — special drone detection apps, motion detection cameras, radars, and microwave sensors. After reading the article, you will choose the method that is right for you. In the meantime, let’s find out how the different types of drone detection work.

If you see a bright flashing light near your home or private area, do not rush to think that this is an illusion and your eyes are deceiving you. Take a closer look to see if it’s a drone. Any drone should be able to receive light at night, however, sometimes the lights can be so dim that they can even be difficult to distinguish in the dark unless you specifically monitor the drone.

The drone may have flashing or non-flashing lights, please keep this in mind. Surveillance drones have bright enough lights as they are designed to avoid collisions. The most popular colors for drone lights are red, green, white, but there may be others.

They are like the headlights of a car, only a drone. They do not flicker but shine in a straight line. These lights may not be as bright as real headlights, so it will take a little sweat to find them.

Not all drones have this feature, but those that do will be easily detected. Such lights have a stroboscopic effect (a phenomenon due to interrupted illumination of a moving object) when driving, they can also be both fast and slow, depending on how the owner sets it up.

While some drones can be impressively quiet, their propellers still emit a certain buzzing sound when flying. If you live in a quiet residential area, then you have every chance of finding a drone at night, just by listening to the sounds that surround you and your private territory. Sound waves usually bend downward at night, which contributes to the detection of drones and which is good news.

Why is this happening? The speed of the sound wave depends on the air temperature: the wave is faster at high degrees and slower at low degrees. Thus, if you shout down from the mountain (where it is cooler) during the day, your sound will go up and no one will hear below. But if you shout across the lake at night, the sound wave will go down and you will be heard on the other side as clearly as if you are standing next to the person. This is called temperature inversion and occurs at night when the air is cooled from the ground. This principle helps to detect the drone: at altitude, the sound wave will go down towards you.

Drones are becoming more invisible every year, but people are also becoming more inventive in their search. Using the app is one of the easiest and most affordable ways for everyone to detect a drone. On the Internet, you can find many free applications that can help you detect an unwanted guest: for example, Drone Watcher APP, AirMap for Drones, DroneDeploy – Flight App DJI. The essence of such an application is that it has a database of registered drones and usually operates within half a mile from the drone.

The app picks up unencrypted wi-fi signals that the drone uses. These signals are then compared in a database to determine the exact location of the device. However, there is a limitation here that you should be aware of: some Wi-Fi signals are encrypted and the app will not be able to read them. There are also newer drones that use a different method of communication besides Wi-Fi.

When installing cameras at home, we often choose those that have night vision. Motion detection is a powerful and critical drone detection feature that can be easily integrated into most cameras. Since most drones have flashlights, their lights, combined with movement, will activate your motion detection camera and you will immediately receive a notification on your phone when an intrusion has entered your territory. Place these cameras at higher viewpoints such as windows or balconies.

A more expensive but also more effective way of detecting drones is radar detectors. Their main advantages are that they scan the sky for drones in your area. No, no, they will not count birds as drones, since they can distinguish between them and maintain these differences. These radars pick up signals that bounce off the radar and also have motion detection capabilities. They have a large radius of movement, which helps in detecting enemy devices and can also control a large section of territory, and not just a specific place.

Motion sensors are usually placed on top of windows, where they create microwaves. It is a less expensive option than radar, but not less effective. You can think of the microwave as a tank with still water inside. When drone signals are detected, it will create an oscillating wave similar to an object falling into the water. So, any drone that flew into your private property will be easily detected.

If your area is quiet at night, you can use acoustic sensors to detect drones. Although these sensors are quite expensive, they have advantages that the technologies we mentioned above do not have. Their main plus is that they can detect drones with no communication signal or those that do not display signals properly.

Acoustic sensors can detect absolutely all kinds of spy drones, as even the quietest drones make a sound when their propellers are running. They do not trigger false alarms as they distinguish between drone noise and other sounds. Moreover, such sensors can not only detect the device but provide additional information about the drone model.

What to do if the drone is spying on you?

Let’s figure out what to do in a situation when you find a drone and understand that it spies you.

How to find your drone that got lost at night?

If you need to find your drone lost at night, follow the next steps. If possible, try to wait until it is light, as it will be problematic to find a drone without lights in the dark.

If searching at night is simply necessary, then divide the area where the drone was lost into sections, call your friends to help, and be sure to grab a lot of torches. Also remember to leave the drone controller on, as it will connect to the drone when it is around. You can also use GPS technology to locate your drone and track it using an app on your phone.

There are two main methods for detecting a drone, using your senses and using technologies. You can always try to locate the drone with your own eyes and ears. However, if you want to protect your territory from an unplanned invasion reliably, it is better to use modern technologies to catch drones: drone detector application, night-vision cameras with motion detection, radar detectors, microwave motion sensors, and acoustic sensors.

🎮 Is there a way to detect drones?

Yes, there are two main ways to detect a drone — using your senses (hearing and sight), and also using technology: drone detector application, night-vision cameras with motion detection, radar detectors, microwave motion sensors, and acoustic sensors. Find out more about these methods in our article!

👁 How do you tell if a drone is spying on you?

A surefire way to tell if the drone is spying on you is using radio signals to see what the drone is watching.

📲 Is there an app to detect drones?

The DroneWatcher APP turns your Android smartphone or tablet device into a drone and small UAV detector that detects, tracks, alerts and records information on ~95% of consumer drones. AirMap for iPhone or IPad is the leading global provider of aeronautical data & services to unmanned aircraft or drones.

🚨 Will a drone show up on the radar?

Yes, radar can detect all types of drones whether it uses RF communication, GPS, or Wi-Fi/Cellular communication. The size of the drone is the only limit to radar detection.

🚦 What color lights do drones have at night?

Was this article helpful?

Author
Valuehunta
My name is Liam Mills. I spent 7 years working as a Supplier Quality Assurance Manager for Walmart, and my current position is as a product expert and founder of ValueHunta.

Was this article helpful? 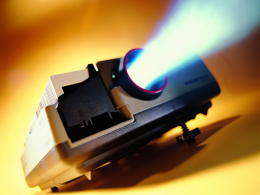 Cinema On The Couch: Best Projectors Under $100

Business meetings or watching your favorite movies? Find information on how not to be mistaken when choosing a projector.
byValuehunta 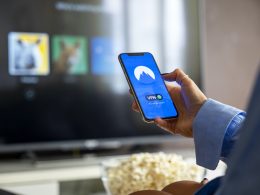 Mirroring your phone to the TV without a Wi-Fi connection is easier than seems. In our article, we describe 4 different ways, such as using the app or cables.
byValuehunta 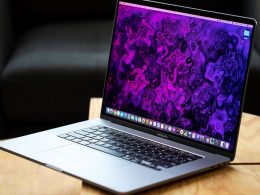 There is no excerpt because this is a protected post.
byValuehunta 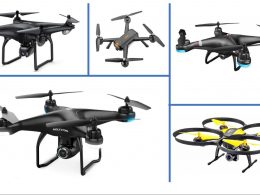 A drone that TEACHES you how to fly, drone that FLIES after hitting a wall. The drone recommended by customers and experts. It exists
byValuehunta
?1Do NOT follow this link or you will be banned from the site!